A New Life And Hope To Become Responsible Citizens Of Tommorow

Significance and Motivation Behind the Logo

Our LOGO doesn't involve any imagination. lt has a real story behind it. It's about the boy we are visualizing in the middle of the logo. The boy is not created by any artist but is a real life Orphan who was rescued by AVG.

A decade ago, a Boy from UPPAL AREA in Hyderabad who was not a born orphan but became an orphan because of a tragic incident happened to his family. The Boy had Parents just like any other school going child. Unfortunately, One day he lost his parents before his eyes in a brutal fire accident. All of a sudden he became an orphan who doesn't know any thing about the real world.Then AVG gave its helping hand to that child. He was given boarding, lodging and also he was joined in a school for his education. So the Orphan got a new mother in the form of AVG.

That boy has been taken as the symbol of AVG for whom support in the form of hands and also a proper education through which he can enlighten himself in the current world. That is what is there in our Logo. 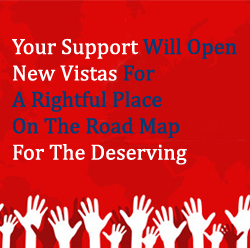